The Citadel Council is the major executive commitee of the galaxy, which is why the unofficial term “Citadel space” is used for the species and planets who apply the Council law. Those who reject Council law can often be found in the Terminus Systems.
Only 1% of the galaxy is in Council space. The other parts have not been discovered yet. 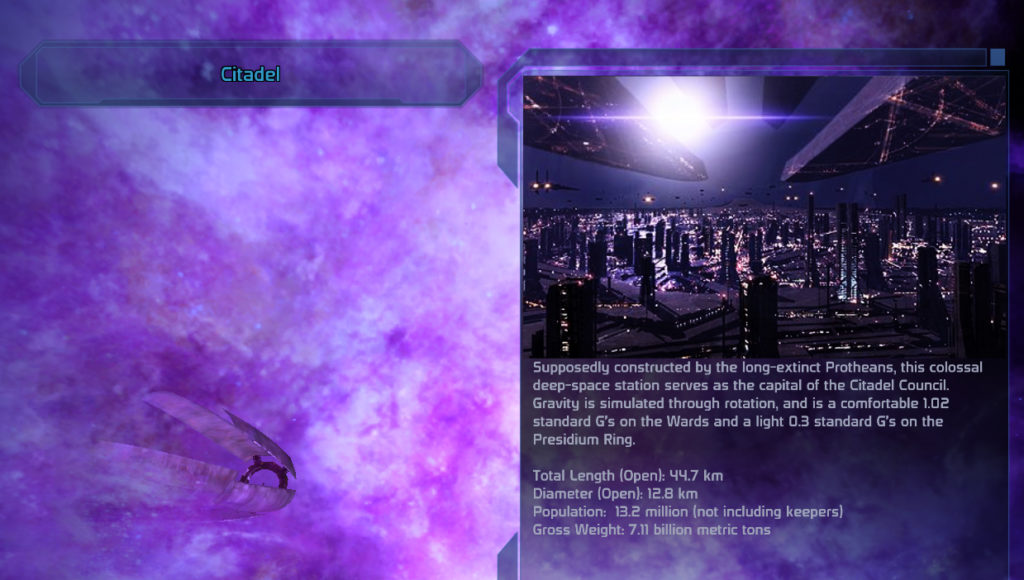 The Citadel – As Seen in ME1

The Citadel Council has the highest power. 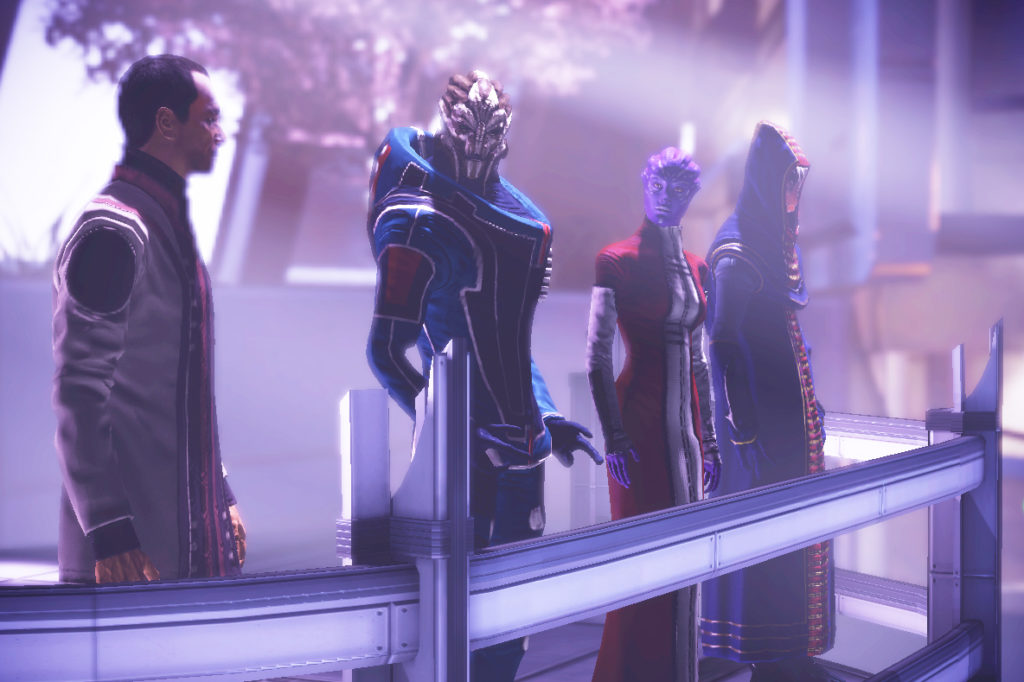 The Citadel Council in ME3

The Citadel Council is made of representatives from:

The Council’s decisions carry all over the galaxy, though they don’t have power over independent governments.
The Council strives for for compromise, cooperation and peace. The asari are usually the diplomats, the salarians are the espions, and the turians are the soldiers.

The Spectres (from the Office of Special Tactics and Reconnaissance) answer only to the Citadel Council. 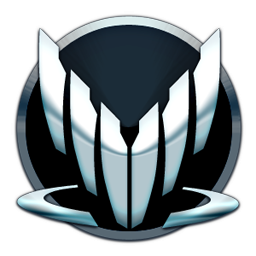 They’re elite operatives who have the power and authority to deal with threats all over the galaxy. How they deal with those threats depend on their personality: some Spectres try to keep the peace, others are assassins.

See the next page in our guide: Major Events