A look at Andromeda’s new race: The Kett 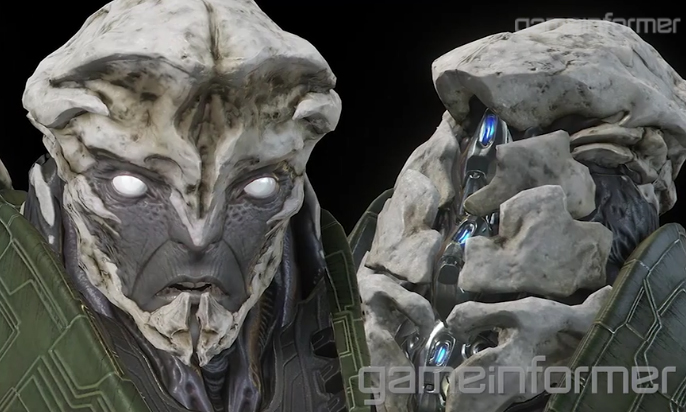 MacMillan explains that the team wanted to approach those newer races with a more “organic perspective”. This began with ideas to use more organic materials to construct armor as well as their structures and architecture. This concept would apply across everything in Andromeda, making it quite different from the trilogy. 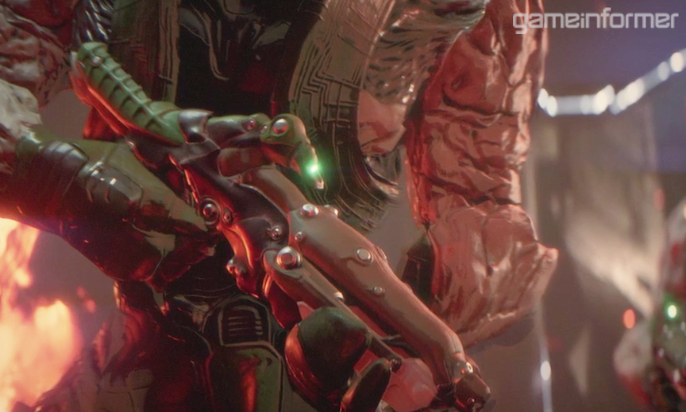 A bone carapace around the face of the main Kett was the theme the art team utilized in  creating it’s initial designs for the entire race. It is present in early concept art:

MacMillan also mentions that the Kett are the antagonists in Mass Effect Andromeda. This information is followed by some questions regarding how “alien” they should be, compared to the other Mass Effect races. While they wanted the Kett to appear new and scary, they still needed opportunities to show them in a “empathetic way.” 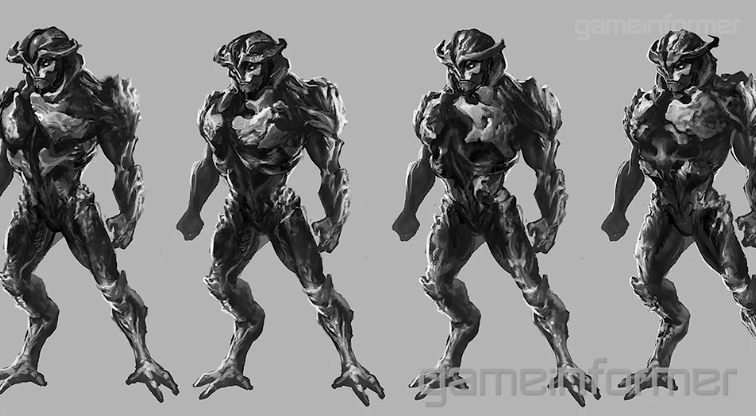 The Kett with militaristic elements

There are militaristic elements to the Kett, which is why the team picked a bone armor. It felt “new and different.”

MacMillan further describes the design process by outlining how,  in addition to the organic armor, the team went on to incorporate other design elements like a large collar across all Kett game models, from grunts, soldiers, all the way up to main character NPCs. Choices like these were made to unify all creatures created by the team as part of the Kett race.

A finalized design image was shared with the public, but it is not clear what rank of Kett this is. 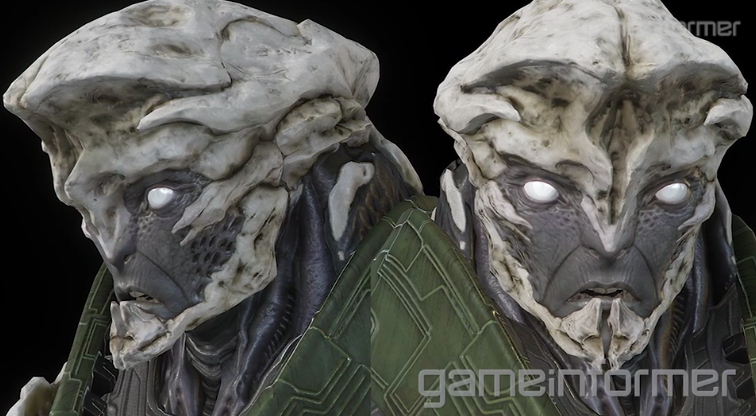 MacMillan called them an “impressive addition to the franchise” and the one he’s most proud of.

The sight of the stars